Andru is a USB phone charger that takes the mundane task of charging a cell phone and enhances it with fun and innovative styling. Andru’s shape is based on the familiar Android robot and is given a soft touch exterior with flexible antennas and movable arms. He also comes with a stand that allows him to stand on your desk & keep you company while not in use. Andru has a standard USB port and comes with a 4-Feet. data cable that contains a micro-USB connector to charge any Android phone or any other device with a micro-USB port (i.e digital cameras or Bluetooth headsets). When charging, his eyes light up BLUE and when the charge is complete, his eye color reverts to WHITE. He is, by far, the CUTEST charger on the market! 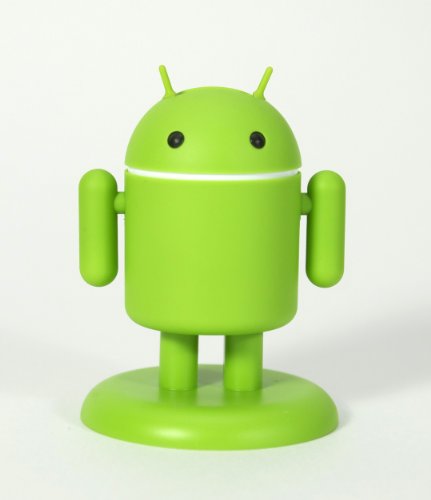 What the reviewers say

I’m a bit of an Android geek, so I had seen this charger floating around the web before I ordered it.

It works exactly as expected. The connections feel solid and secure – anyone who has had a cheaply made charger knows what I mean, because some of them feel like they would just fall out of the phone/computer – but that’s not the case at all with this one.

I have a Galaxy Nexus, and there was some concern when it first came out that using some other chargers wouldn’t charge it properly. Apparently their output was too low. Because of that, until ordering this, I’ve only used the Samsung charger it came with, and I was concerned about the Andru charger’s ability to charge my phone. However, it turned out fine in the end, and this is fairly subjective, but I think it may charge a bit faster on this one, even.

Now you can enjoy the greasy goodness of french fries all day long ! When your lips get that overwhelming...